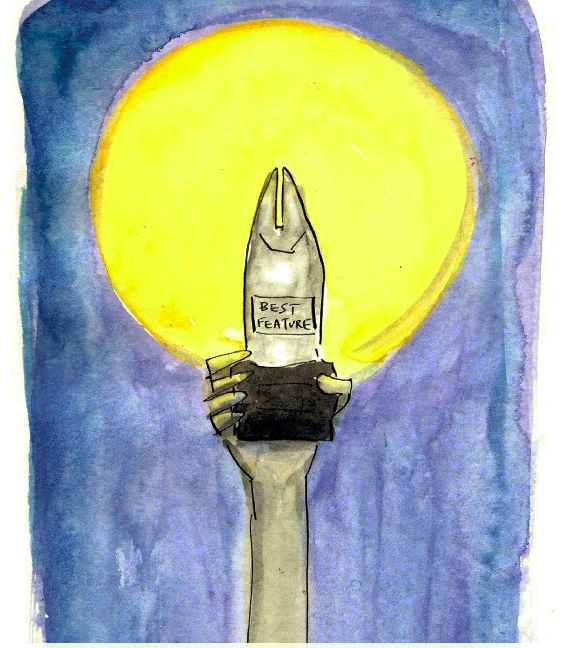 An article I wrote for the Walkley Magazine on my PhD Research – such a privilege to be published in the magazine that I spent so much time studying!

When I analysed 23 Best Feature winners from past Walkley Awards, I found sophisticated writing on complex topics, and a signposting of human virtues.

During my doctoral researchinto Australia’s Walkley Award-winning feature articles, I found myself intrigued by a different and deceptively simple question — how do the journalists of these stories make us care? The Walkley features, judged by journalists who recognise work that “shines a light, tells a compelling story or provides in-depth analysis and investigation”, provided a rich archive for my study.

Australians have long adored their features, and as a journalist for 25 years and a teacher of aspiring reporters for nearly a decade, I am no exception. The Walkleys have been giving a prize for feature writing since 1956 — a full 23 years before the American Pulitzer Prizes created their own separate category — providing further evidence of our nation’s long-term love affair with long-form writing.

These Walkley-winning articles coax readers to experience a range of emotions and perspectives and, in the process, to contemplate what it means to be an Australian citizen.

They map human virtues in a narrative form. The virtues of honesty, courage, empathy, resilience and responsibility appear time and time again. And then there is another virtue, “phronesis”, a term I have borrowed from Aristotle, which roughly translates to mean “practical wisdom”.

For me, this term beautifully captures the highest aspiration of journalism — to write stories that make a difference by informing the citizenry. Yes, the journalists did this through a combination of excellent reporting and superior writing, as you’d expect with prize-winning articles. Yet equally important but often overlooked, they achieved this feat by skilfully walking the tightrope between pathos and sentimentality. They were masters of what I describe as a discipline of emotion.

To be clear, my research is not meant to suggest that the Walkley Awards are the sole measure of great feature writing in this country. Awards are, by their very definition, selective. But the Walkleys have the credibility of being judged by journalists, and while they have not been without controversy in their 62-year history — including allegations of union bias and a lack of support from publication owners — they are acknowledged as an important measure of the best work from Australia’s fourth estate.

The Walkleys have been the subject of limited but enlightening study, with the University of Sydney’s Dr Penny O’Donnell examining the Gold Walkleywinners and the University of Melbourne’s Dr Andrea Carson researching the articles in the investigative journalism category.

For my doctoral thesis I engaged in close readings of the 23 Walkley-winning feature articles from 1988 (the year the Walkley Awards combined the news and magazine feature award into the “Best Feature” category) to 2014. With their emphasis on storytelling and a longer word length, feature articles have always provided a more creative framework for journalists than a straight news story. But it is the skill of the journalist in combining the traditional reporting skills of the newsroom with literary devices more commonly used in fiction writing that make these articles such a rewarding experience for readers.

When a journalist infuses their reporting with literary techniques such as scene setting, reported dialogue and the shifting of narrative voice, the result can be immersive. It gives readers the chance to become surrounded by the story, allowing them to consider and perhaps even change their views on a subject or person.

But my research went beyond examining the “what” and the “how” of these articles to also ask “why” they were written, and if they served a purpose in Australian society. This was when it became clear that the journalists, in the process of communicating emotions, were also doing something else: they were talking about virtues.

For example, when journalist Mark Whittaker crafted his 2005 article “Ordinary Heroes” for The Weekend Australian, he allowed readers to imagine what it would be like to have the courage to run into a burning building to save sleeping toddlers. He then went further and encouraged readers to empathise with the heroes, whose courageous acts in December 2003 after a car crashed into Fairlight’s Roundhouse Childcare Centre and ignited, with two-year-olds Sophie Delezio and Molly Wood pinned beneath, left the rescuers with post-traumatic stress.

And in his 1997 Sunday Age article, “Slaying the Monster”, Gary Tippet wove a narrative that evoked sympathy for “the gentlest of axe killers” — Indigenous man Tony Lock — who attacked and killed the man who had sexually abused him throughout his childhood. The power of the long-form feature to illuminate complex social issues through the language of virtues is just as clear in Michael Gawenda’s 1988 piece for TIME Australia, “Echoes of a Darker Age: Australia’s Nazi War Crime Trials”, which explores how Holocaust survivors were facing claims of Nazi war criminals living in Australia.

It is also evident in Richard Guilliatt’s Good Weekend story “The Lost Children vs the Commonwealth”, the winning feature for 2000, about the legal battle for the Stolen Generation to be heard, which conveys virtues of responsibility and justice. And it is there again in 2014, when Paul Toohey’s “That Sinking Feeling” for the Quarterly Essay presents the tragedy of asylum seekers dying at sea by confronting readers with vivid descriptions of grieving parents, contrasted with accounts of an overwhelming bureaucracy.

In each story the topic threatens to overwhelm readers with its complicated history and lack of simple solutions. But in each the journalists combine forensic reporting skills with narrative techniques to “shine a light” and make readers look where many of us would prefer not to see.

It is as if the journalists were providing readers with narrative guides, signposting the virtues we aspire to as a community and, in the process, contributing to a national conversation about how we are and how we can be better.

Within these Walkley-winning stories I found four overarching topics or themes. These included children, Australia’s Aboriginal population, citizenship, and the nation. I also discovered six recurring virtues: honesty, courage, empathy, resilience, responsibility and Aristotle’s virtue of “phronesis”, sometimes translated as “prudence” but in my work taken to mean “practical wisdom”.

Helen Garner’s 1993 TIME Australia article, “Did Daniel Have to Die?”, about a two-year-old boy’s death at the hands of his mother’s de facto partner, is a salient example of “phronetic journalism”. Garner’s article was part of the huge media coverage that rode on the wave of public outrage at Daniel Valerio’s death, leading to the introduction of the mandatory reporting of child abuse.

Within my small sample of 23 features — some of the best examples of literary journalism — more than half fulfilled the phronetic function of informing and encouraging readers to engage with civic issues. My analysis found the articles touched on these virtues:
– honesty (in all 23 articles)
– responsibility (in all 23)
– resilience (in 20)
– empathy (in 19)
– courage (in 15)
– phronesis (in 14).

So what can we conclude from one small study in one corner of the globe about not quite two dozen articles which won prizes for a highly specialised writing style? Something that has never been a secret to readers of the form, whether it is called “new journalism”, literary journalism, narrative non-fiction, feature writing or “a good yarn”. And it’s that a true story, well told, can change our perspective; it can challenge and confound our established wisdom and guide us towards new ways of seeing.

My study aims to illuminate the level of sophistication our best feature writers bring to the task of allowing readers to experience emotion. What readers do with that experience, whether or not they act on any new insights, is beyond the reach of the writer and my study, but rather belongs to the alchemy of living in community. The aim of my research was never to draw a straight line between the Walkley-winning feature articles and societal change.

But what I can declare with confidence is that these stories, chosen as among the best examples of their craft, do contribute to the great ongoing conversation in our society about what it means to be Australian. And for that alone, the Walkley Awards are worth celebrating as a valuable and ongoing archive of the stories we tell ourselves.

Dr Jennifer Martin is an award-winning journalist, a journalism lecturer at Deakin University and the Edward Wilson Research Fellow for a two-year project on women, leadership and the media.